Fort Worth native, Amara Russell is the author of the much talked about novel “A Rare Diamond”. Even though this is her first novel to be published she is no stranger to writing.  Her love for writing has been evident to those around her since elementary school when her first article was published in the Fort Worth Star-Telegram. It was our honor to have a great conversation with her.

Who are some of the authors you enjoy reading today?

Some of the people I enjoy reading are Priscilla Shirer. Her book “A Jewel in His Crown” is one of my favorites; it has brought me through a lot of things that were occurring in my life at the time. Another author that I like is Lysa Terkeurst.  Her book  “The Best Yes” is about making wise decisions when going through certain situations.

Who and what do you read just for fun? Also, what is a book that you have read more than once?

I love romance novels.  There is a book by Eric Jerome Dickey called “Friends and Lovers” about different relationships.  He adds a lot of humor to his books and I enjoy that. It’s a thick little novel, and I have read it several times.

Was “A Rare Diamond” the first manuscript that you finished?

It was the first manuscript that I finished.  It took me a year to write it.  I was laid off my job in 2015, and for the first couple of months, I spent my time trying to find employment. When I didn’t find anything I decided to use the time to do something that I liked–writing.  Writing helped to heal my stress. I put my frustrations into the manuscript.

Writing became my full-time job.  Every day when I woke up, I poured myself into writing.  It was something I loved to do.

Tell us about the inspiration for the novel–was any of it born out of personal experiences?

Actually, there are a lot of bits and pieces of the story that are related to my life, and things

around me. I would visit coffee shops, relatives houses and observe activities that I added to the story.

When I found employment, I wasn’t able to put the time I needed into the writing of the book.  When I loss my mom I  was able to relate to Celeste, the main character in the book who loses her mom.  This event inspired me to get back to writing nonstop.

That’s interesting what you said about being able to relate to Celeste after the loss of your mother.  That’s something people tend to think they can relate to but can’t when they have not experienced that loss.  They know what to say, but they can’t relate.

Right, when I would express to people that I was still hurting they couldn’t understand because they had not experienced it, and until they do, they won’t understand.

I understand, and God will get you through it, but you never get over it, and it is never the same.  There is a void that is always going to be there.

Celeste is witty, smart and beautiful.  She is courageous, and she doesn’t bite her tongue about anything, but she says what she means in a subtle way.  She takes her characteristics from her mother who was filled with integrity.  Her mother could walk into a room and capture everyone’s attention.  Celeste picked up a lot of those qualities.

The story is about her life from the age of 5 to 25. She is a young woman trying to find her way, her identity without her mom.

What other characters in the novel play a pivotal role?

Derrick is a childhood friend of Celeste who grew up in the neighborhood.  Really he was her brother’s friend first.  As they grew older they were able to relate because he had suffered the loss of his father at an early age, and he had older siblings who were all girls, and her older siblings were boys.

the very end.  So if we were going to the bookstore what two sections would we find “A Rare Diamond”?

Probably in the Faith-based section and also in the Romance section.

If you were to have “A Rare Diamond” made into a movie, who would you have to play the main characters?

Oh my God, I knew you would ask that, and I have those people written down (laughter).

It’s important because when people read a novel they picture certain people.  I have to read the book before I see the movie.  I remember going to see “Waiting to Exhale”, and none of those people were the people I pictured except Loretta Devine.  She had the sass that was in the book.  I met Walter Mosley and told him that I did not see Denzel Washington as Easy Rawlins, and he said he didn’t either.  I told him I pictured a young Laurence Fishburne.  He told me when you sell the rights to your book, then the studio picks the actors.  So who do you have as Celeste?

For Celeste, there were two people. I had in my mind LeToya Luckett could play her or Keisha Knight Pulliam.

Oh, why those two?

Ok, what about Derrick?

Derrick, the minute I started writing I don’t know why but I envisioned the actor Lance Gross.

Craig because he’s so hilarious–even when I was writing the novel I would crack up from some of the things he would say.  To me, I always said Mike Epps (laughter) .

Oh my God! (laughter).  He would be a wonderful big brother.

Just to add one more, the mother because she is such an inspiration.  It’s like I didn’t want to 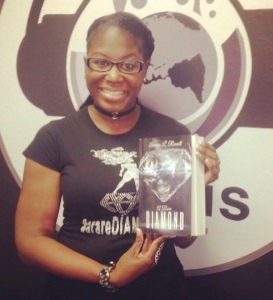 kill her off at the beginning so I was kind of going back and forth, but Angela Bassett always came to mind when I was writing the story.

She would be good.  Even in her personal life, she seems to be into her family and her faith. You are going to have a hometown book signing.  Tell us about it.

The book signing will be downtown Fort Worth at the Marie Antoinette Parfumiere and Spa which is located at 101 West 2nd directly across from the Worthington Hotel.  It will be on Saturday, February 10 from 3 to 5.  A pre Valentine event.

Are you working on a sequel or another novel?

I am actually working on a trilogy to “A Rare Diamond”, I’m going to break it up into three parts.

That will be nice.

Well, we thank you for your time.  We’ll see you at your book signing.

Thank you so much, I appreciate it.

“A Rare Diamond” can be purchased at Amazon, the Barnes and Noble website or on http://www.nspired2write247.com. 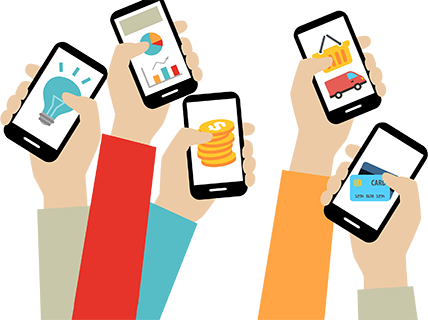 Free Fun In Your City