Breast Cancer Awareness–Prayers For Paulette And Her 8 Children

Bishop T. D. Jakes says it’s your Destiny, you know that happening that was not planned. Rev. Jerome B. Price said it is God talking to you. Who knew that browsing Facebook would lead to something thought-provoking for me, and hopefully for you.

I came upon this site–Prayers For Paulette8Children.  Well you know me, I am assuming there is a mistype, and it should read Prayers for Paulette & Children.  Don’t ask me why I thought that, I just did.  Maybe because I saw this beautiful. bright-eyed young lady with the gorgeous smile smiling at us on most pictures, and besides who has 8 children?  As I read more, I found out this beautiful lady was Paulette McKenzie Leaphart, and yes she has 8 children, and yes they do need our prayers.   Paulette is a breast cancer survivor, she is a fighter, a warrior whose faith continues to keep her, but above all she is a mother of 8 children both biological and adopted.

The following is my interview with Paulette, and I hope I give her and her children the loving justice they deserve.

It took a while for Paulette and I to start the interview, we started by me inboxing her on Facebook, and  connecting by phone to set up the interview. Paulette lives in the Big Easy, and from her tone, she loves New Orleans.

Paulette’s life before her diagnosis was great, she was beautiful and talented with 8 great children.  She was happily

living her life–that is until in a dream God told her she had cancer. Yes, Paulette said God told her she had cancer.  There were no symptoms, but she knew it was the voice of God.  Getting her doctor to believe her was another story.  After finally agreeing to have her do her first mammogram, and it coming back negative, her doctor tried to assure her that she was cancer free.

Paulette knew what she knew, and she was not cancer free.  After seeing how persistent she was he agreed to have her do an ultra sound.  After the radiologist came in and looked at the ultra sound, Paulette knew he had found something, but he did not tell her. A few days later she got a letter telling her to go in to see her doctor because they had found something suspicious. Her doctor performed a biopsy since they had found a tumor–finding breast cancer.

Even after hearing she had breast cancer, Paulette remained calm because she already knew. When talking with her doctor, she was informed that she had a very aggressive cancer, it was stage 2, grade 3.  The doctor told her it was a fast-moving cancer, and because of her family history and the type of cancer, he suggested a double mastectomy.  This was the first time Paulette was at a lost for words, she thought she had been prepared for anything, but a double mastectomy had not ever crossed her mind. Even though she trusted the doctor, she immediately went for a second opinion, and they agreed with the first doctor–a double mastectomy was advised. The surgery was scheduled, and immediately after the surgery there would be breast reconstruction or so she thought.

The doctor who was to do the reconstruction surgery reviewed her files and came to the conclusion that reconstruction surgery would be too taxing on her body since she had other medical ills one of which is a blood clotting disorder.  Paulette thought that this can not be happening, but the doctors explained why they could not recommend the reconstruction, and she agreed and was okay with it.  She had made peace with the idea, but she still sought a second opinion who told her of another procedure that could be done for reconstruction–she decided not to do it.  She was at

peace with her decision, it was hard, she cried, got angry, but eventually decided no reconstruction was best for her.  In her own words  she told herself “Baby Girl, you still got your sexy”.

When it came to telling her children about her breast cancer, it was hardest telling her youngest daughter who is now 8.  Her baby had just gone through seeing someone die from this disease so her only reference to cancer was death.

Her oldest daughter started the Facebook page because she knew they all needed prayers.  Paulette’s first time reading the page was about 3 months after the surgery. After reading and responding to comments, Paulette decided to take over the page herself.

When she had to lose her hair it was hard for her–after all she is a woman. She did everything to keep her hair, researching, buying products, but in the in the hair came out. She was determined that cancer would not win this battle since it was gong to come out, she thought I’ll cut it off myself which she did, and the barber did the rest.  Even her youngest daughter decided to be just like her mom.

Even though it has been hard for Paulette and also hard for her children, they constantly draw strength from each other.  They had been without a home for a while. Since Paulette did not have health insurance, she had to decide on medication or a roof over their heads. Notice that I did not say they were homeless–they always had the love of family and friends and each other, but most of all they had their faith in God.

Her life has changed, but it is not for the worst.  She has been hit, but not knocked down. Paulette has decided to share every step of her journey with others in the hope they can draw strength from her testimony.

It seems that even In the mist of all her troubles, there were those who are determined to do more to make her unhappy.  Paulette did not lose weight, the treatments made her gain weight.  She even seemed to always be smiling so she can’t have cancer some people thought.  It was amazing to me that people could be so cruel, but again her faith in God keeps her strength up.

On good days she takes her youngest children to music and dance while continuing to make their new house a home.  They all attend church together.  I ask Paulette why she decided to adopt children when her children were just about adults, and she told me it was a promise she made to God when she was an abused child.  Her children keep her strong.  Even though they are children, they step up to fill in the gap when Paulette is unable to do so.

Her doctor says she is in remission, but can’t say for sure if she is cancer free.  Paulette says there is no need because God told her she is.

Her story will inspire you.  I look forward to meeting Paulette and her 8 children in New Orleans when she celebrates her 50th birthday.

For two of the bravest women I know–Carol Cooper and Renae Ruffin. 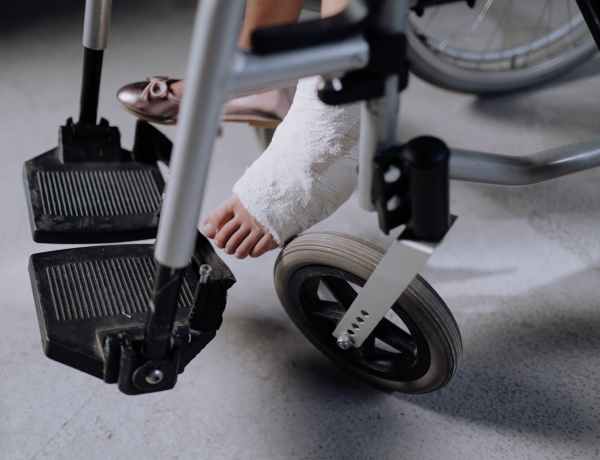 I Went To A Garden Party 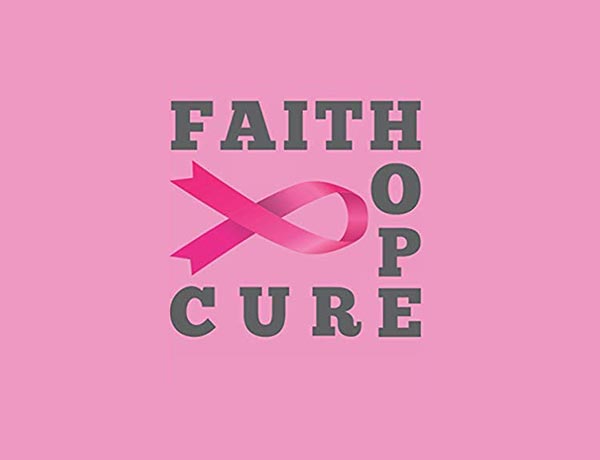 "The" Texas Conference for Women